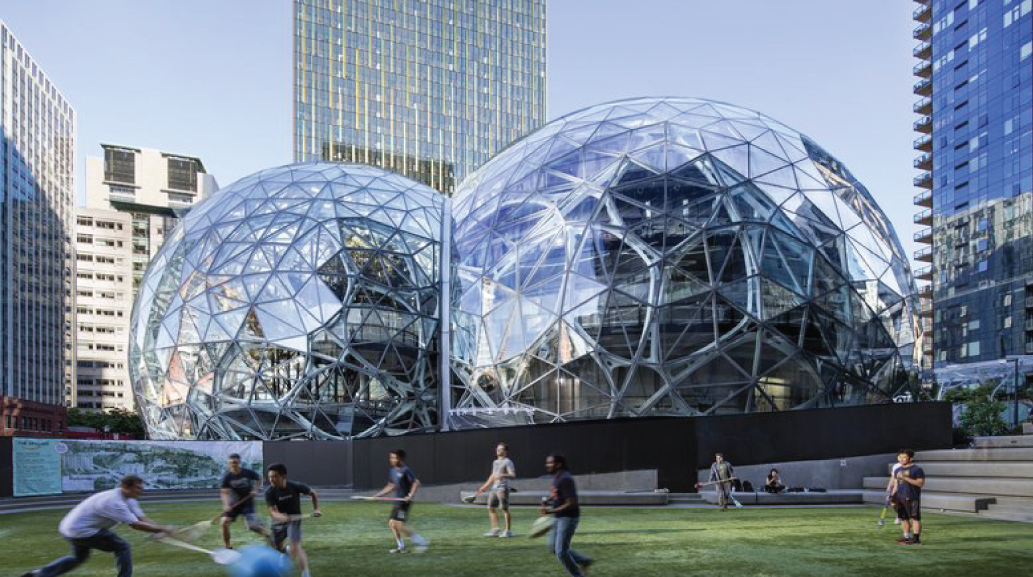 Pittsburgh is emerging as a top contender for Amazon’s new headquarters, HQ2, that has cities across the US competing.

Areas of consideration include a 15-acre riverfront industrial property on the North Side near Rivers Casino, the 28-acre former Civic Arena site in the lower Hill District, the 195-acre World Trade Center site at Pittsburgh International Airport and various places such as Lawrenceville and Cranberry, according to the Pittsburgh Post-Gazette.

“It’s not us dictating sites. It’s us partnering with [Amazon] to help them achieve the maximum opportunity. We have a lot of good sites that could fit that bill,” said county Executive Rich Fitzgerald.

The requirements for the city Amazon is looking for is in a metro area with a population of more than 1 million people, with a stable and business-friendly environment with the potential to attract and retain strong technical talent.

Pittsburgh is at an advantage due to the booming tech industry in recent years.

Retaining more tech talent than ever due to big tech firms moving offices here such as Google, Apple, Facebook and Uber, neighborhoods are transforming into younger and more diverse communities.

East Liberty is turning into a tech hub, according to the New York Times, with Google Pittsburgh’s 500 employees stationed there alongside Duolingo and start-up AlphaLab.

One of the main attractions? Oakland’s Carnegie Mellon University, which features a prominent school of computer science. Students are researching the field of artificial intelligence and machine-learning, robotics, programming and more — and they’re staying due to the huge employment opportunities.

Maya Design, a Pittsburgh based company, was recently hired to help craft a proposal to lure Amazon.

“I feel very optimistic about where things are headed right now,” said Fitzgerald.

After committing to reduce energy consumption and obtain 30% of its energy from renewable resources by 2020, Procter & Gamble announced its completion of their 50-megawatt biomass-fueled combined heat and power plant at one of its largest U.S. facilities, located in Georgia, according to Industry Week.

Steam from the plant will be used to power a generator at the Marine Corps Logistics Base nearby, helping them increase its energy security and utilize renewable sources.

In addition to P&G’s wind energy project in Texas, this plant doubles the company’s use of renewable energy, getting them two-thirds of the way to their goal.

“By powering our Bounty and Charmin plant with renewable energy, consumers can feel good about putting these products in their carts,” said Stefano Zenezini, P&G Vice President Product Supply and Sustainability. “We are using our innovative capabilities and those of our external partners to drive meaningful change that is good for the environment and good for business.”

Biomass is made up of wood, crops and more that would otherwise be burned or end up in landfills.

The plant’s fuel supply will come from local biomass that would otherwise be burned or sent to a landfill, including tree tops, limbs, branches and scrap wood, crop residuals such as pecan and peanut shells, and sawdust.

The Pittsburgh Post-Gazette’s “People on the Move” segment featured GrayMatter CEO Jim Gillespie as a newly appointed board member of the Carnegie Science Center in the nonprofit section.

The Carnegie Science Center provides valuable scientific experiences and engages in outreach programs to reach the local community, blending the line between learning and fun to inspire children to explore careers in STEM.

This comes right before the Pittsburgh Technology Council’s Tech 50 awards, recognizing the most successful and innovative companies in the Pittsburgh area.

The award ceremony will be Thursday, October 12 at the Wyndham Grand Hotel.