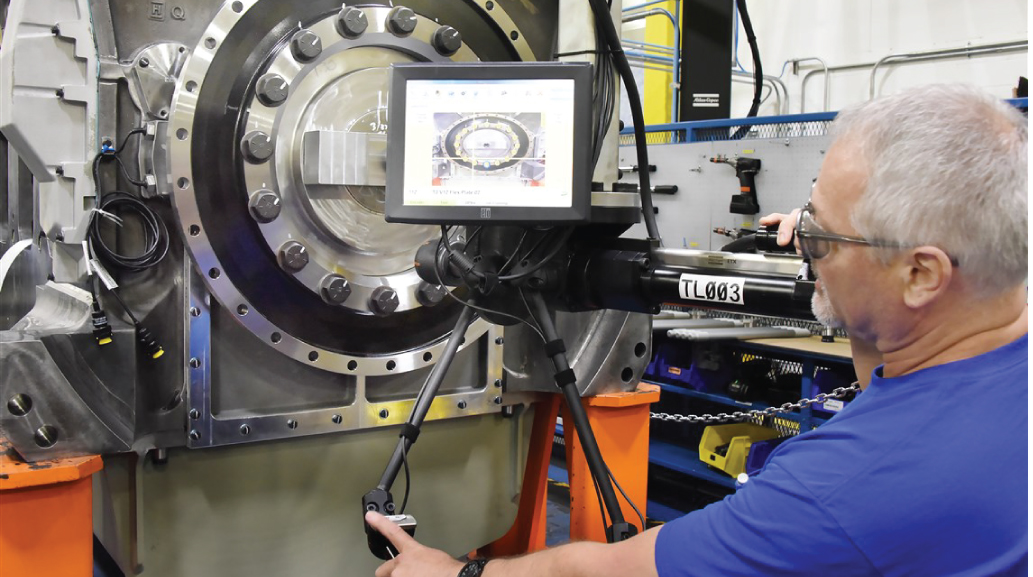 The Industrial Internet of Things dominates manufacturing hype. Beyond this, certain manufacturers are putting powerful technologies to work – General Electric employees, for example, with their brilliant factories.

GE’s remanufacturing plant in Grove City, Pa., is a shining example of one of those brilliant factories, according to Industry Week.

Once a food packaging plant decades ago, the factory has transformed into a high-tech home for the remanufacture of diesel engines for locomotives.

“We’re taking digital technologies that people are really comfortable with outside of work and bringing them into work — whether that’s iPads, or phones, or just visual data,” said Jamie Miller, the former GE senior vice president and CEO of GE Transportation who was just promoted to CFO. “It was something that people could readily see because they use it outside of work.”

By doing so, it created a condition-based manufacturing system that allowed the workers to tailor what they do to rebuild engines in a faster, more productive manner, according to Miller.

Its brilliant factories  —  Grove City is one of less than a dozen around the world  —  revolve around lean manufacturing principles, additive manufacturing, advanced manufacturing technologies and digital manufacturing. Its industrial cloud platform, Predix, allows customers to replicate that on a smaller level, extending industrial automation to the cloud.

John Deere is buying a California artificial intelligence startup that makes machine learning tools for agriculture as part of their quest to automate farming, according to the Verge.

The cutting-edge machine vision tools help farmers scan fields, assess crops and get rid of weeds — all at the same time.

A set of cameras fixed onto crop sprayers use deep learning to identify plants, hitting weeds with pesticide and crops with fertilizer, all of which can be customized by the farmer.

This can save up to 90% of the volume of chemicals being sprayed, while also reducing labor costs.

John Deere has been working on autonomous tractors before Tesla and Google even existed, according to the Verge, but its current most advanced vehicles only assist navigation.

In 2014, GE Oil & Gas management wanted to improve the revenue capacity of its field service operation, which they were confident could be accomplished by streamlining operations and increasing the billable utilization of their 575+ field service engineers (FSEs).

They knew visibility could be created with a smart service platform, switching over from most engagements being handled using paper forms or whichever process was customary within a particular geographical region.

The solution was going digital, but in a completely customized way that allowed a set of field service functions for the initial project rollout to look a lot like the old paper-based process.

Going digital allowed them to:

Download the case study to learn more about how GrayMatter innovates with partners on smart service strategies.