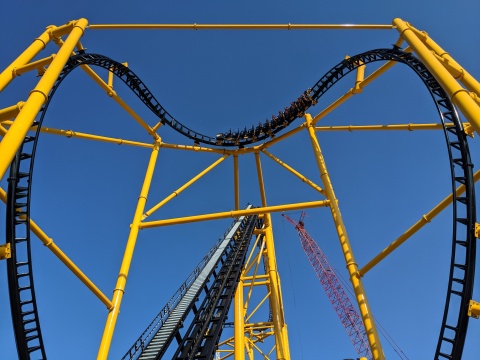 Quantifying the Value of Digital Transformation

He wasn’t interested in mega-tech firms like Google, Apple and Microsoft — their technological adoption is already baked into their value for investors.

Srinivasan instead focused on non-technology firms in manufacturing, finance and other industries.

He built a group of keywords he could use to scan through company 10K reports, transcripts of earnings calls and similar documentation common to publicly traded companies.

Based on initial mentions of terms such as artificial intelligence, big data and digital transformation, he tracked the financial performance of companies that acknowledged publicly in some way the adoption of digital tools.

“There is, on average, an improvement in efficiency, in the use of your other assets,” Srinivasan said. “That’s somewhat intuitive, I think, because as you bring in digital technologies, the use of your other assets inside the company — marketing, SalesForce, imagine even your transportation fleet — improves because you’re now able to manage your assets in a much better way given all the information that you could collect using the digital technologies.”

Listen to the full conversation with Professor Srinivasan in the latest episode of the emPOWERUP Podcast — and then subscribe.

To read more about his work, read Harvard Business Review’s Research: Investors Reward Companies That Talk Up Their Digital Initiative.

The new Steel Curtain rollercoaster at Kennywood Park near Pittsburgh set some serious records this month.

With nine, yes nine, inversions, it has the most of any rollercoaster in world. It also features the highest inversion at 197 feet.

PPG, a GrayMatter partner that will be featured at this year’s Transform 2019 — GrayMatter’s Industrial Intelligence Conference — used Steelers Yellow for the massive, steel structure, but also black coatings for the track and a host of applications for the coaster cars, which travel up to 75 mph over 4,000 feet of track.

“This project required a global supplier that could match colors exactly for multiple structural components finished with multiple coatings products across the globe. Despite the inherent challenges that come with fabricating a large structure like this with several overseas vendors, tremendous cooperation among all the parties made everything work.”

Give the coaster a test ride from the front seat….

Researchers with the Health eHeart Study based out of the University of California San Francisco gathered heart rate data from more than 60,000 heart rate monitors.

They made at least two fascinating discoveries.

Second, the average real-world heart rate turns out to be: 79.1 bpm, which is good because the range for a normal resting heart rate of an adult is between 60 and 100 bpm.

Key Takeaway: The fact that the researchers obtained valid data from “66,788 remote participants who sent in more than 3 million smartphone-derived heart-rate readings” demonstrates the astonishing power of Internet of Things (IoT) devices. They can create huge data sets that would require a Herculean effort to acquire

Watch this space and GrayMatter’s LinkedIn page next week for updates from GrayMatter’s 25th Industrial Intelligence Conference at Put-in-Bay, Ohio. If you see something you like, give us a like, or better yet, a share. And be sure to follow our conference hashtag: #Transform2019.

This year’s event is shaping up to be THE BIGGEST EVER.

We have companies and partners traveling to Ohio from all over the country. Companies like PPG, Smucker’s, Bell, Woodward and many, many more.

It’s an unparalleled opportunity to learn from peers in the water utility, cybersecurity, manufacturing and reliability industries — among so many others.