Pulling Needles out of Your Data Haystack 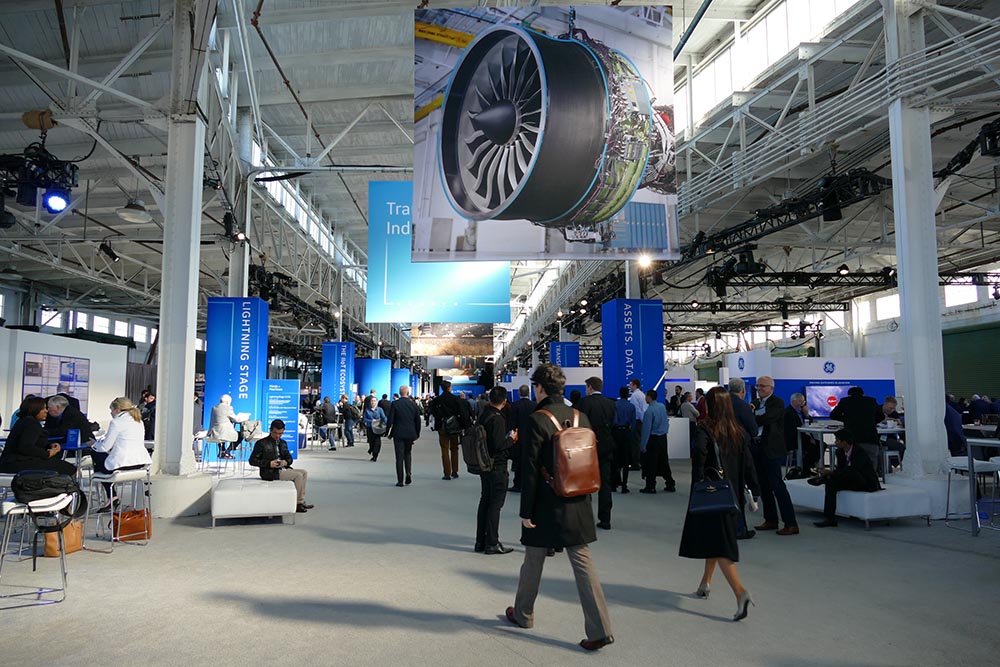 GE Relocates To Boston, Looks to Become an IIOT Leader Amid Transformation

General Electric, the largest US industrial company, is going through a transformation. The company has a new CEO at the helm, relocated headquarters to Boston and most importantly is trying to position itself as a manufacturing leader in the digital era, according to Industry Week.

“If we go back in time, say in 2011 to 2012, when as a business, we were facing challenges, Jeff (Immelt, former CEO) realized that unless we leverage software and analytics, true productivity would not be gained,” said Mark Bernardo, GE’s VP of Professional Services, at the company’s temporary new headquarters in Boston on August 30.

Since then, GE has made several strategic business moves to leverage its core competencies: spun off its financial services unit, GE Capital; acquired French company Alstom’s power and grid business; launched GE Digital to bring various software groups such as engineering, product development, and IT under one umbrella, and opened its cloud-based software platform for the Industrial Internet, Predix, to outside developers.

Despite GE’s goal to cut $2B by the end of 2018, “there is no change in long-term strategy as it relates to digital,” said Jeff Erhardt, GE’s VP of Intelligent Systems.

Erhardt said that machine learning, artificial intelligence along with domain expertise will help boost GE’s digital future. And Predix, its own IOT platform, will play a central role in managing complex data. The platform currently has 100 apps – from MRI machines to turbines to jet engines – created by developers, including many from outside, who mine complex industrial data to make the machines perform more safely and efficiently.

Minds + Machines will bring together the best and the brightest of the technology world, including GE customers, developers, partners, industrial thought leaders and technology innovators.

Manufacturing and mining jobs are up this year after having fallen in 2016, in which 100,000 jobs were lost, according to the New York Times.

Rising commodity prices has resulted in a jump in hiring within the mining sector. After plunging in late 2014 and throughout 2015, energy prices have somewhat recovered. That has helped stabilize employment in the oil industry. Meanwhile, surging prices for metals like gold and copper are spurring activity in the mining industry.

The US dollar dropping throughout 2017 has also played a major role in manufacturing success. As major exporters who are dependent on overseas customers for a big part of their sales, manufacturers often find themselves at the mercy of the dollar.

When the dollar surged in 2016, American-made equipment was effectively more expensive for foreign buyers. This year’s drop, on the other hand, is a boon for manufacturers as well as for big American companies who draw a big portion of their sales from overseas, like Caterpillar and McDonald’s.

Cyber security is often cited as the leading barrier to growth of the Industrial Internet of Things (IIoT).

OpenFlow is a single protocol that replaces existing routing and access protocols embedded in Ethernet switches, allowing the entire network of switches to be managed from a central SDN controller.

This has typically been used in large enterprise networks, such as Google, and in large data centers to improve performance.

Kiev, Ukraine, was one of the victims hurt the most in multiple malware attacks on the Ukrainian power grid at the end of 2016 and entering into 2017.

Engineers report that the largest advantage of their SDN network is the ability to lock down the substation network and immediately become aware of any unexpected packets entering. This improves the overall security of networks within electric power substations, which have increasingly become high value targets for cyber warfare internationally.

Host Identity Protocol (HIP) creates and manages a secure identity-based overlay network that serves the automation components while cloaking them from general visibility.

The fundamental idea is to decouple the IP address from packet forwarding rules, instead authorizing and delivering network services based on provable cryptographic identities.

It also delivers a new Host Identity Namespace that is compatible with existing IP and DNS Namespaces, enabling global IP mobility. It allows organizations to overcome IP addressing issues and move an IP resource within and between physical, virtual or cloud networks without having to change the IP or overlay network policies.

Using HIP in place of IP addresses as identity, it allows a secure identity to be established among sets of devices and the IP address continue to serve its purpose as a locator only.

ARC ends the report with recommendations that manufacturers and utilities should develop use cases leading to broader plans for how SDN could improve cyber security, mobility support and remote access services for existing plants, familiarize themselves with the roadmaps of their network infrastructure suppliers to apply to their own use cases, as well as carefully evaluate the current and evolving technologies and their potential impact on cyber security and performance.