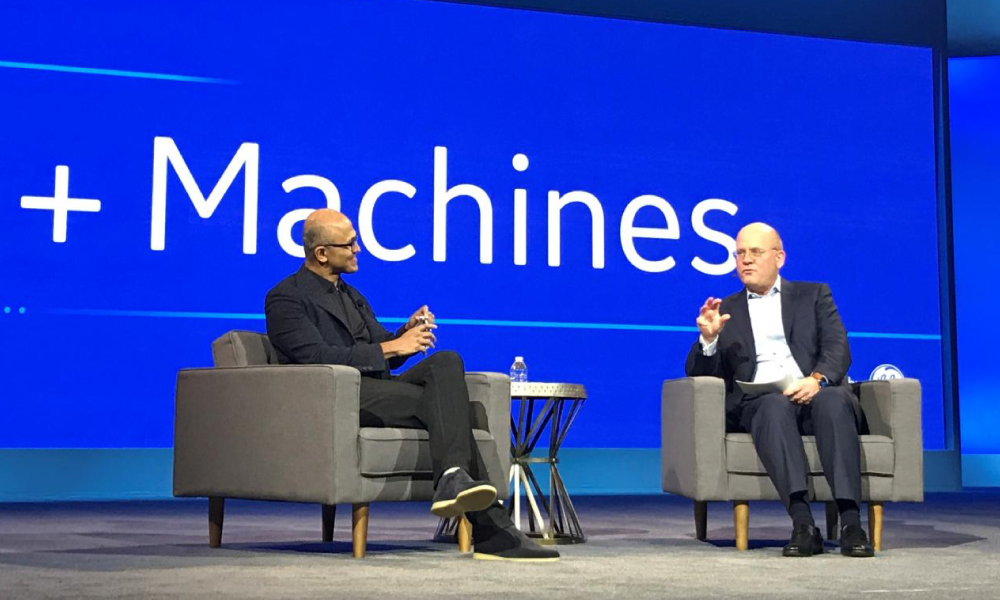 GE CEO John Flannery: ‘Partners Are The Key Pillar Of Our Digital Strategy’

Minds + Machines 2017 took place this week in San Francisco, revealing a ton of new digital software solutions to the world.

GE CEO John Flannery, while speaking to a crowd of systems integrators, resellers and ISVs, said that the Boston-based company wants to help customers work through an IT skills gap as they connect their machines, said CRN.

“Partners are the key pillar of our digital strategy going forward,” he said. “We’ll prioritize the market in two areas, with resources to focus heavily in verticals … like oil and gas, transportation, and mining … and we’ll continue to work to address adjacent markets as well, largely through our partners.”

According to a GE survey released on Tuesday, only 13 percent of executives have a mature digital industrial transformation plan in place. The rest of the industrial market customers are facing a critical skills shortage as they struggle to figure out how to tap into IT tools and drive value from their operations.

That’s where partners come in, said Flannery: “Bridging this gap starts with small steps, that can help you move in the right direction,” he said. “We are ready and willing to be your partner.”

GE is helping its partners help their customers navigate real-time data, predictive analytics, and IoT through an array of resources, including blueprints, real use cases, and specific technologies.

These technologies include an array of new products and solutions the company has recently released, said Flannery – including Predix Studio, a solution that helps companies build and scale their industrial applications and simplify the development process.

James Gillespie, CEO of GrayMatter, a Pittsburgh-based solution provider and GE partner, said that he is seeing that “digital gap” in industrial companies who want a better digital strategy but don’t know where to start.

“That digital gap mirrors what we see when we’re talking to clients and prospects,” he said. “The challenge for customers is their level of knowledge, skills and culture … it’s sort of a perfect storm. More people are prioritizing it as a strategy now as they look ahead.”

Pulling Needles Out of Your Data Haystack

By Jim Gillespie, CEO of GrayMatter

The Impossible is Now Possible. Industry 4.0 is moving fast and I’d like to let you in on a few very valuable developments about the data you’ve been collecting. It can now help you make better decisions. You can talk to your industrial data and it’s talking back to you, letting you know what’s working inside your operation and what’s not.

It’s exciting for me to see GrayMatter and our partners innovating by taking the data you’ve been collecting through sensors on industrial equipment and applying artificial intelligence and machine learning in the cloud so you can find insights on performance. Then you know exactly where to make improvements.

You need a system to sort through the haystack of data and pull needles out to focus your subject matter experts. That’s what we can do now.

It all starts by framing up the action strategy in three parts.

Step One: Set Your Goals

Start at the end and work backwards.

What return on investment do you want to see? You don’t need all the data you think you need. What information will help you solve the problems you want to solve? What’s the path to getting there? Having this road map first is critical, because otherwise a lot of time and money can be wasted.

You hear the term digital twin, but what does it really mean?

Simply put, creating a digital twin is the process of merging physical and digital worlds.

The process takes a physical machine and uses technology to get all the information about past states, present states and predictions. That information creates a digital model that’s alive – taking in a stream of data – using that to adjust so the model is personalized to be a precise representation of the asset.

The software version is used for what used to be a physical inspection – requiring people to be right next to the machine. The virtual version can be done from anywhere and at any time, expanding the value of those inspections and allowing them to have more of a real-time impact. It creates a constant inspection that allows the operators to predict failures sooner.

The digital model of a machine, built and run in a virtual environment used to be available only to the biggest companies with the largest budgets. But the Industrial Internet and an explosion in sensor technology have lowered the cost and broadened the access beyond the elite.

Manufacturers stand to win big from this. Factory floors are outfitted with tremendous amounts of sensors to collect data, but because that data has been locked up it hasn’t provided value.

The digital twin allows us to unlock that data and not just for one asset at a time. We can now model machines in groups – for example, a machine builder with thousands of machines installed across hundreds of customers – will now be able to operate best in class using digital twins.

There’s potential to unleash productivity and efficiencies like we’ve never seen before.

In order to move to more advanced use cases, such as adaptive diagnostics, condition-based maintenance or predictive failure, Industrial IoT systems need to know more than simply the current device state.

They need to know why. Knowing current device state only helps from a monitoring standpoint. While important, it’s really just the beginning of what we can expect out of IIoT systems. If we know why an asset exhibits a certain state, we can determine what conditions lead to that state and take proactive steps to prevent future occurrences.

This new layer of getting insight through behavioral information allows you to ask for more. You can search your data and get answers back right away. It’s like an instant messenger for operational technology.

Achieving this may mean digital twins built using multiple discrete machine learning algorithms potentially spread across multiple IoT platforms, not simply relying on one. Eventually, we should expect that digital twins will interact with one another in virtual space.

If you’re short on time, staffing or budget – GrayMatter can get you up and running to achieve value quickly. You know you need an IoT strategy in the near future, but may not know how to go about it. Rather than trying to design, source and build it yourself we can put the strategy in place in days or weeks.

You also don’t have to do everything at once, you can start with a limited selection of assets and scale up or down as you learn performance and asset behaviors.

Our strategy is a Salesforce version of a remote monitoring and diagnostics center that you can buy and implement incrementally.

We use data, predictive capabilities and machine learning to identify your best and worst performers in each asset group. Your operators are automatically alerted to the worst performers, then they use an intuitive web interface, to turn the worst into the best.

As your team builds new improvements or optimized settings, they can be scaled out, automatically, to every instance of a specific machine or piece of equipment.

You Don’t Need a Data Scientist

The complex algorithms that can leverage your data are pre-built so anyone can start creating the models and analytics to generate insights. One person no longer holds the keys to data, with this unique platform everyone gets a better understanding of your businesses processes, so you’re not focusing on the math to bring the insight, you’re focusing on creating better outcomes for your customers.

You need to think big to truly transform your organization, but you also have to start acting on your data today.

We’re anxious to spread the word about how easy this is and to un-complicate it for you. Let me know if you’d like to discuss further. The case study is also available to read here:

A new strain of ransomware nicknamed “Bad Rabbit” has affected systems at three Russian websites, an airport in Ukraine and a subway system in Kiev, according to BBC.

However, despite bearing similarities to the WannaCry and Petya outbreaks earlier this year, it’s unknown how far this new malware will spread.

“In some of the companies, the work has been completely paralysed – servers and workstations are encrypted,” head of Russian cyber-security firm Group-IB, Ilya Sachkov, told the TASS news agency.

The Russian Central Bank said in a statement that it had recorded a BadRabbit attack on Russian financial institutions, but none were compromised. BadRabbit had targeted several of the top 20 Russian banks but failed.

A majority of the victims of the attack are located in Russia, with attacks also in Ukraine, Turkey and Germany.