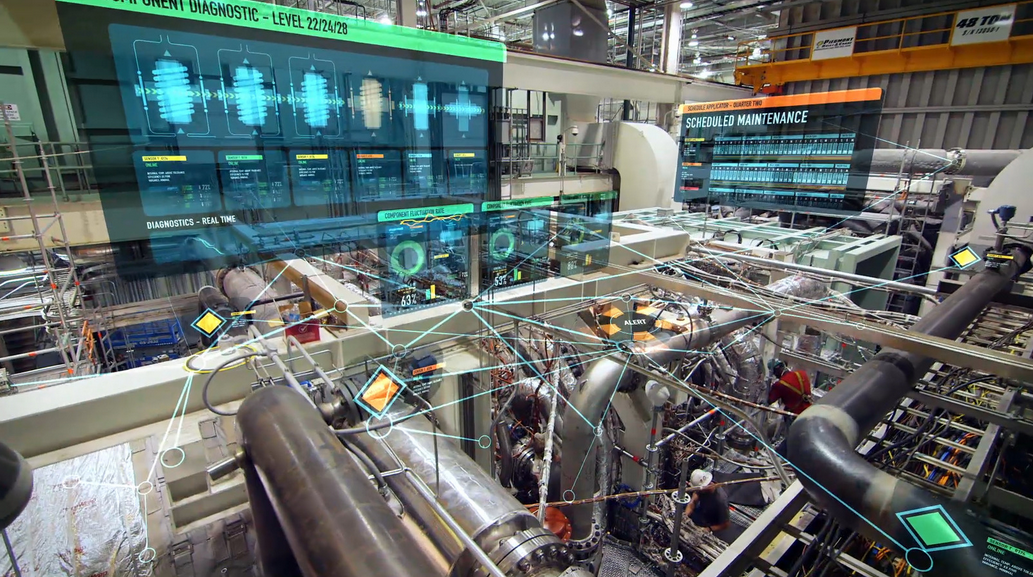 Our Future is Digital

New General Electric CEO John Flannery put an end to the constant question, “where is the company headed?”

“I have a lot of decisions to make in my new role as CEO, but one decision is easy: GE is all in on digital,” said Flannery in a blog post on LinkedIn.

Through scalability, installed base and industrial expertise, GE plans to be a major player in helping lead this transformation.

With a focus on their core verticals leveraging energy, oil and gas, aviation, healthcare, rail and mining, to help create a strong Predix ecosystem.

“The company I joined 30 years ago made machines that made the world work better,” said Flannery. “We are still that company, but the world has changed, and the industrial world is increasingly powered by digital applications.

We are part of this transformation, and we have a focused strategy that I believe is best for our customers and for GE.”

US Manufacturing Expands at Fastest Pace in 13 Years

American manufacturing expanded last month at the fastest pace in 13 years, according to Industry Week.

The strength of advances in the Institute for Supply Management’s gauges partly reflects impacts from hurricanes Harvey and Irma, which forced shutdowns of refineries, chemical plants, retail establishments and car dealerships which were flooded in the storms and had merchandise destroyed.

However, the nation’s producers had already been on firmer footing because of improving global demand and an increase in US capital spending, according to Industry Week.

Students visiting a PPG paint and coatings plant for Manufacturing Day 2017 in Delaware.

Orders are projected to remain strong in coming months as Manufacturing Day approaches.

Since 2012, MFG Day events has grown over 1,000%, with manufacturers in all 50 United States and Puerto Rico consistently participating.

According to survey results by Deloitte from students that attended events in 2016:

89% of students were more aware of manufacturing jobs in their communities.

84% of students were more convinced that manufacturing provides careers that are interesting and rewarding.

64% of students were more motivated to pursue careers in manufacturing.

71% of students were more likely to tell friends, family, parents or colleagues about manufacturing after attending an event.

Every Third Computer Attacked in 2017 From Manufacturing Sector

In the first half of the year the manufacturing industry was the most susceptible to cyberthreats, with the industrial control systems computers of manufacturing companies accounting for almost one third of all attacks, according to Security Magazine.

The majority of the cyber threats were in manufacturing companies that produced various materials, equipments and goods. Other highly affected areas include engineering, education and food & beverage. Energy companies accounted for almost 5% of all attacks.

The main source of threats was the internet. Attempts to download malware or access malicious phishing web sources were blocked on over 20% of the ICS computers.

The reason this is such a high number is because of:

The WannaCry epidemic was one of the most notable, affecting 13.4% of all computers in the industrial infrastructure. ExPetr was a notorious encryption that followed, with 50% of the computers attacked in the manufacturing and oil & gas industries.

“In the first half of the year we’ve seen how weakly protected industrial systems are – pretty much all of the affected industrial computers were infected accidentally and as the result of attacks targeted initially at home users and corporate networks,” said Evgeny Goncharov, head of critical infrastructure defense department at Kaspersky Lab.

US pharmaceutical giant Merck & Co. was affected by the ExPetya attacks earlier this year.

“In this sense, the WannaCry and ExPetr destructive ransomware attacks proved indicative, leading to the disruption of enterprise production cycles around the world, as well as logistical failures, and forced downtime in the work of medical institutions. The results of such attacks can provoke intruders into further actions. Since we are already late with preventive measures, companies should think about proactive protective measures now to avoid ‘firefighting’ in future.”

Billions of sensors are being rolled out rapidly as the Industrial Internet expands. The devices for operational technology are very different than those found on information technology networks and they need specialized technology to protect them.