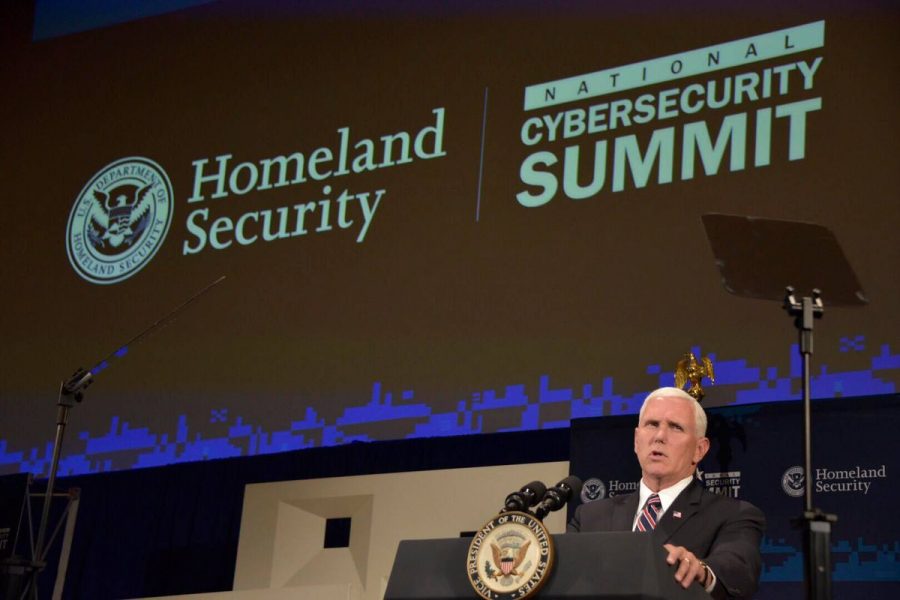 At GrayMatter’s Transform conference last week, the single largest interest among manufacturing, water and municipal entities was better cybersecurity, but most of them (65 percent) had no cybersecurity initiatives in the works.

A new approach from the Department of Homeland Security could help private industry wake up to the need to enhance their cybersecurity protocols.

“We are reorganizing ourselves for a new fight,” DHS Secretary Kirstjen Nielsen said in prepared remarks.

Wire noted that Nielsen “described the new center as a ‘focal point’ for cybersecurity within the federal government.” The center plans to focus first on the financial services, telecommunications and energy sectors, Nielsen said.

She also said she plans to work with Congress to establish a Cybersecurity and Infrastructure Security Agency within DHS.

Some DHS tweets this week reinforced that intention.

We're glad you agree, @ShopFloorNAM. By working together, we can continue to protect the American people from all kinds of @cyber threats. Cybersecurity is national security! https://t.co/E8QECEn3kv

The agency’s summary of its plans highlights the pressing needs to partner with private industry.

“Gap: Risk management activities are frequently stove-piped and opportunities exist for additional coordination across sectors and between government and industry, a distinct need given the crosscutting nature of critical infrastructure technologies like industrial control systems and the Internet of Things.” (emphasis added)

Steve Lampo, Supervisory Special Agent in the Cyber Crime Division of the FBI, who spoke at GrayMatter’s conference, summarized where many businesses are in terms of cybersecurity countermeasures.

“While the folks who are defending your networks have to do things like deal with personnel issues and justify their existence to management, these guys have 100 percent of their time that they can use to attacking your networks,” Lampo said, referring to cybercriminals. “I hear from people, ‘But I have antivirus.’ In reality, the detection rates really aren’t that good… and really good malware is going to hide itself.”

“You can shop for stolen credit cards now the same way you would shop at Amazon,” says FBI special agent Steve Lampo. One site the FBI investigated “even produced an advertising video” to blatantly market its stolen credit card numbers. #transform2018 #CyberSecurity pic.twitter.com/yJinHis2vU

Functional coatings are truly our future.

Contaminants can be removed from fluids that traverse a maze-like path between electrodes in a technology developed by Rice University engineers. The photo shows Rice postdoctoral researcher Kuichang Zuo placing a separator that channels water through the system.
Credit: Jeff Fitlow/Rice University

They can protect smartphone screens from smudges and glare, produce a more LIDAR-reflective surface to help self-driving cars “see” and now Rice University researchers say they have found a way to use specially coated electrodes to remove specific toxins from water, according to Science Daily.

“Traditional methods to remove everything, such as reverse osmosis, are expensive and energy intensive. If we figure out a way to just fish out these minor components, we can save a lot of energy,” said Rice engineer Qilin Li.

The technology could be applied to drinking water and wastewater facilities and oil and gas wells.

As proof of concept, researchers removed only sulfate ions from water, leaving benign ions, like sodium chloride, behind. Sulfate can cause scale build-up and produces a bitter taste.

“The true merit of this work is not that we were able to selectively remove sulfate, because there are many other contaminants that are perhaps more important,” Li said. “The merit is that we developed a technology platform that we can use to target other contaminants as well by varying the composition of the electrode coating.”

New Amazon HQ2 Shortlist Could Make For Even Longer Wait

Many focused on the secrecy surrounding financial incentives offered to Amazon in a recent New York Times story, but that wasn’t really new.

What was new is the speculation that Amazon might make the 20 finalists go through another round of vetting so it can create an even shorter list of cities and regions trying to secure its second headquarters and the estimated 50,000 jobs and $5 billion in construction that would go with it.

It would be another way to get governments to make their final, best offers. Amazon isn’t confirming the report. The only thing the Seattle-based company has said is that it will announce its decision on HQ2 sometime in 2018.

“There is widespread speculation that the company could cut the field down again as soon as this month, asking for best-and-final offers. Amazon has not offered any updates, and a spokesman declined to answer questions about the process or the company’s plans on the record,” the Times reported.