iFIX 6.0: What’s in it For Me? Webinar with Scott Duhaime 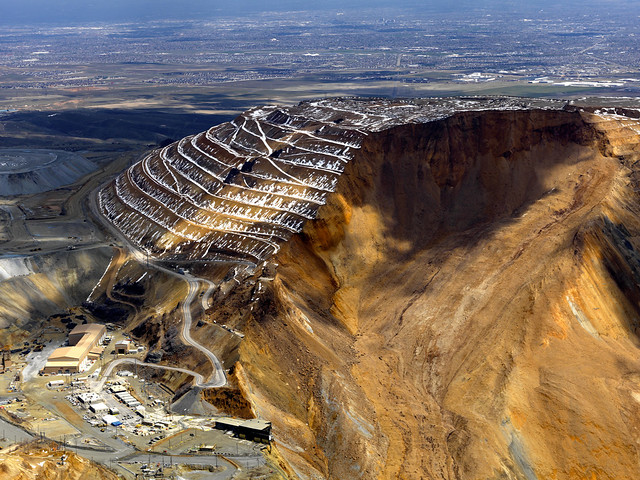 It’s a massive investment, even by mining standards.

Reuters reports it will single-handedly more than double recent investments in the U.S. copper mining industry, which is being fueled by the rise of electric and hybrid vehicles, which tend to have copper-hungry motors and battery components.

According to the Copper Development Association Inc. and Mining Technology Magazine, a typical EV can have nine times as much copper as a conventional vehicle.

“We like copper. We like the U.S.,” Rio Chief Executive Jean-Sebastien Jacques said in an interview, Reuters reports. “If we had not taken this decision, our position in the U.S. market would be shrinking.”

The Kennecott mine is responsible for about 20 percent of U.S. copper production. The investment will extend its life until at least 2032, an perhaps beyond.

Even though it’s still an emerging technology, Amazon has plenty of company in the quantum computing universe already.

IBM, Google and Microsoft have all announced quantum computing programs.

According to WSJ, “Boeing Co. said it plans to collaborate with AWS in exploring potential applications for quantum computing, including how the technology could potentially speed up materials-science research and how it could secure communications.”

The company also announced it will establish the AWS Center for Quantum Computing at Caltech.

For a refresher about what quantum computing is all about, check out Amazon’s blog post.

As for the possibilities?

“Quantum computers have applications to machine learning, linear algebra, chemistry, cryptography, simulations of physics, search, and optimization,” to name a few, at least.

A new $30 million Series F funding round from Alphabet, the parent company of Google, has made Duolingo the first Pittsburgh-based startup to reach a venture capital investment value beyond $1 billion.

“Pittsburgh’s tech industry has grown significantly over the past several years, and I am proud that Duolingo’s roots are here,” Duolingo CEO and co-founder Luis von Ahn told CNBC. “I hope this milestone is something that Pittsburgh is proud of, too, as a symbol of this city’s renewal and resurgence as a great place to start a business and a great place to live in.”

Duolingo plans to use the latest $30 million funding round to increase its marketing efforts (the company has historically relied on organic growth), increase its workforce from about 200 employees to 300 employees and support its new Duolingo English Test.

The test allows those learning English to demonstrate their proficiency via a $49 test available on Duolingo’s website.

Results can be shared with universities, colleges and other institutions of higher-learning (nearly 500 have signed on so far) showing a “certified proficiency score, video interview, and writing sample” that’s available within 48 hours.

Check out GrayMatter’s latest ProjectX customer story about Bonita Springs Utilities, which is working with GrayMatter and GE Digital to put near real-time operational data in the hands of their operators.

What began as a project to eliminate cumbersome, paper-based procedures has grown into a digital transformation strategy for the award-winning utility in one of the fastest-growing regions of Florida.