TechHub: The Polar Vortex Hits the US, Boeing’s Sales Soar, How to Stop Robocalls & More

TechHub: The Polar Vortex Hits the US, Boeing’s Sales Soar, How to Stop Robocalls & More 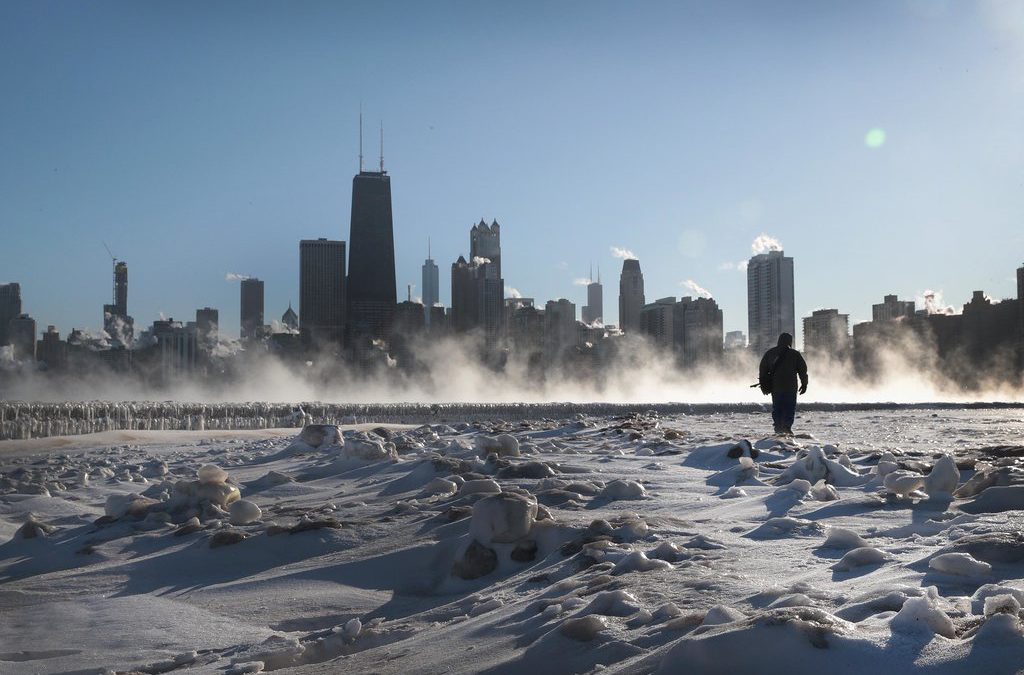 What’s the Science Behind the Polar Vortex?

Record-breaking temperatures have made their mark on the Midwest and parts of the East this week, thanks to the polar vortex moving southward. Cities like Chicago, Minneapolis and Des Moines had degrees in the -20s F, breaking decades-old records, according to a report from Axios.

“Minneapolis saw a low temperature of minus 28°F on Wednesday morning. The last time it was this cold was in 1996,” said Harry Stevens from Axios.

Between Wednesday and Thursday, almost 5,000 flights have been cancelled due to the extreme temperatures, and many businesses, schools, and restaurants have remained closed, according to an article published today in the New York Times.

By now, its presence is hard to ignore – but what is the polar vortex? What’s the science behind it?

According to the National Oceanic and Atmospheric Administration (NOAA), the polar vortex is a large air mass that originated from the Arctic, or a “large area of low pressure and cold air surrounding the Earth’s North and South Poles.”

“The term vortex refers to the counterclockwise flow of air that helps keep the colder air close to the poles. Often during the winter in the Northern Hemisphere, the polar vortex will become less stable and expand, sending cold Arctic air southward over the United States with the jet stream,” according to an infographic provided by the NOAA.

*Fun fact: The NOAA says the term “polar vortex” is nothing new, first appearing in an 1853 issue of E. Littel’s Living Age.

Want to see what Lake Michigan looks like right now from a Chicago neighborhood? A local newscaster posted this video of the Great Lake appearing to “boil like a cauldron,” on Wednesday:

Your phone rings. The number on the screen is your local area code, so you answer it. It could be your child’s school, your landlord – who knows. An automated voice tries to sell you health insurance or threatens a problem with your credit card statement. We know it all too well.

Robocalls are becoming about as ubiquitous as New England making the Super Bowl.

In fact, Americans were inundated with 26.3 billion robocalls in 2018 — a whopping 46% increase compared to 2017, according to The Wall Street Journal.

Federal agencies are now beginning to take action. According to Paige Leskin and Prachi Bhardwaj of BusinessInsider, “policies are in the works to address “neighborhood spoofing,” which is the extremely effective tactic used by robocallers to make calls look like they’re coming from recipients’ own area code so they’re more willing to answer.”

Though Leskin and Bhardwaj say that while it’s unlikely to completely limit these robocalls, there are a few measures we can take:

1. Add your name to the FTC’s “Do not call” registry, and report the calls you get anyway

2. Use your phone’s Do Not Disturb mode so that you only get calls from people in your contact list

3. If you don’t want to block all new numbers, block them as they come by going into the callers’ contact information in your phone

6. And if you really want to scam a robocaller, take David Cogen’s approach: He carries around a recording of static sound with a message that tells your robocaller your number is no longer available. Play on repeat until they hang up.

The company has become something of an investor favorite, for its “prodigious cash generation” which is then passed onto shareholders, said Johnsson. But the US plane-maker says they’re just getting started.

“We’re not without challenges for this company, particularly if China keeps slowing,” Bloomberg Intelligence analyst George Ferguson said of Boeing. “But what we’ve got right now for 2019 looks like a good year.”

Boeing delivered double the amount of aircraft deliveries in 2018, but expects to “shatter that record in 2019,” with an amount of deliveries closer to 905,” said Michael Sheetz and Amanda Macias, CNBC.

“That’s double-digit growth,” Jefferies analyst Sheila Kahyaoglu said on CNBC’s “Squawk Box.” “About 100 basis points of improvement across each segment and these are big divisions. So, tons of productivity going through.”

This year, no matter what city you’re in, there’s a GrayMatter event close by.

We’re all about transforming operations. But a second part of who we are, empowering people, is equally as important.

The 2019 emPOWERUP Summit is an event designed for engineers, operators and managers who thrive on the plant floor and (usually) specialize in Operational Technology (OT). Greg Hazel from TMMI powered by GrayMatter and Dave Geiger from GrayMatter will take you through the most important technology updates that operators need to know. Scott Duhaime from GE Digital will be on hand to discuss updates to iFIX 6.0 and more.

The Digital Disruptors Speaker Series features the city’s dynamic leaders sharing insights about how connected technologies and a company culture that embraces change can drive innovative solutions. Who should attend? We encourage COOs, CISOs, Security specialists, Directors of Manufacturing, Engineering, Operations, Plant Managers, Superintendents, Digital Transformation Leaders + those who are end-users or are considering a digital transformation plan.