From John Deere to L’Oréal: Why Every Company Should Be a Tech Company, iFIX 6.0 and Really Bad Passwords 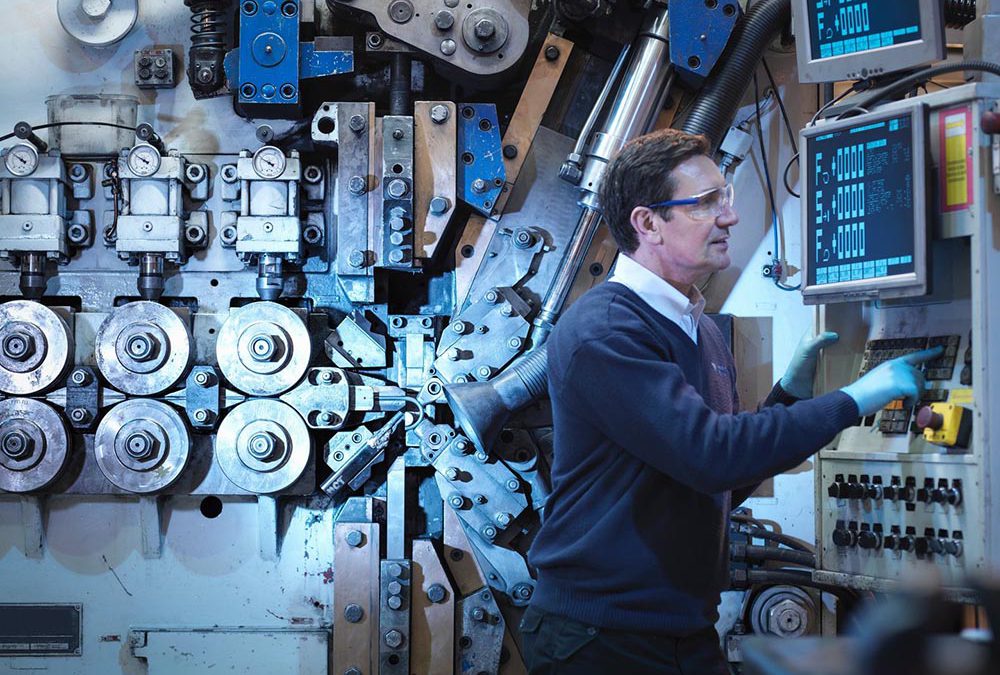 Investors, partners and many on social media welcomed GE’s announcement Thursday that it plans to make GE Digital a standalone entity with its own board of directors, brand identity and equity structure.

“As an early leader in IIoT, GE has built a strong business with its industrial customers thanks to deep domain knowledge and software expertise,” GE Chairman and CEO H. Lawrence Culp, Jr., said in a news release. “As an independently operated company, our digital business will be best positioned to advance our strategy to focus on our core verticals to deliver greater value for our customers and generate new value for shareholders.”

“We see GE’s investment boost as a great sign and a faster way for Industrial Internet research and development to scale up,” Gillespie said.

GE’s stock price got a boost from the news and an upgrade from JPMorgan Chase & Co., according to Bloomberg.

Cyberattacks: Not a Matter of ‘If,’ but ‘When?’

Risk and resiliency. That’s what everyone seems to be talking and writing about lately when it comes to cybersecurity.

It’s a philosophy that goes beyond shielding systems and needs to include a worst-case-scenario plan.

“For actual resilience, the industry needs what cybersecurity practitioners call an “assume breach” mentality: thinking not just about how to keep attackers out, but knowing how to respond if and when they do break in,” Wired published in a recent story about the risk of a cyberattack on the U.S. electrical grid.

As the story notes, it’s already happened elsewhere with hours-long blackouts in Kiev in 2015 and 2016.

“Over the past few years, the threat of grid hacking has morphed from a distant possibility to a stark reality,” Wired wrote.

The first step is to understand the meaning of risk and resiliency. GrayMatter Cyber Lead Scott Christensen breaks down the terms this way:

Any risk of financial loss, disruption or damage to the reputation of an organization from a failure in critical operational systems.

An organization’s ability to identify, prevent, detect and respond to process or technology failures and recover – minimizing harm, damage to reputation and financial loss.

“The big takeaway that I start seeing more and more is attacks are going to happen. It’s not a matter of if it’s a matter of when,” Christensen said this week during a webinar hosted by GrayMatter. “For the longest time we believed a lot different myths would protect us whether it be air gapping, complete segmentation of systems or just not letting anything be online. We’ve seen a lot of these myths being debunked over time. Now we have a balance between practicality and security.”

If you want to gauge the most innovative companies in Pittsburgh, just follow the patents.

At the top of the list of prolific patent recipients you’ll find PPG, the premiere manufacturer of paints, coatings and specialty materials based in Pittsburgh with operations in more than 70 companies.

PPG’s solutions involve some of the most cutting-edge technology industries.

They include high-performance coatings that make autonomous cars more visible to sensors; help new-energy vehicles operate more efficiently; and allow wind turbines blades to cut through air with practically no drag thanks to an innovation based on eggplant biology. They also recently showcased color-shifting, thermochromic hockey puck coatings.

It’s little wonder PPG has earned a spot on Fortune’s “Most Admired” companies list 10 years in a row, and GrayMatter is grateful to have played a role in that.

You can download the full story on PPG’s continuous improvement innovation here.