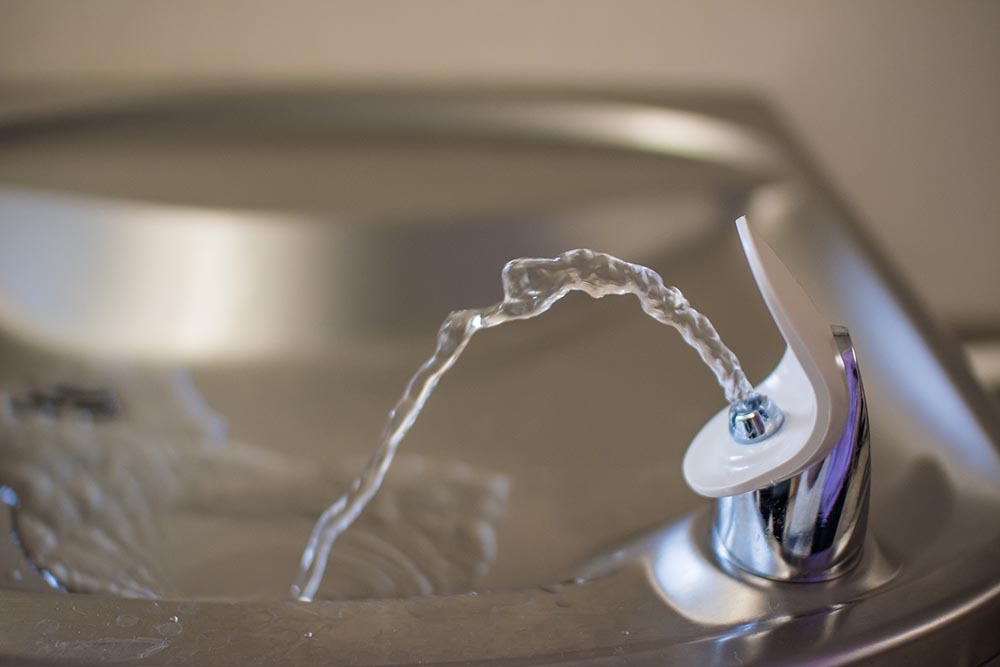 As GrayMatter’s TechHub previously reported, smart drinking water fountains emerged from a co-innovation effort between DC Water and GrayMater in 2017. 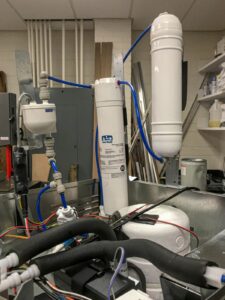 In 2018, Tesla CEO Elon Musk’s foundation donated $480,350 to Flint schools to pay for 130 water filling stations in the district’s 11 schools and administration facility.

Now Flint students will be able to fill their own water containers from the smart fountains, which use a series of filters that can monitor usage levels and alert operators when filter replacements are required.

The goal is to install smart fountains in all of Flint’s school buildings so children can have access to clean, public utility drinking water without relying on bottled water. GrayMatter and DC Water co-innovated on a project to create the smart fountains. The fountains can monitor data about usage, water quality and filter status.

GrayMatter is working with Murdock Manufacturing to provide the water cooler/bottle filler systems to Flint.

The fountains use filtration and UV-light to clean contaminates from the water. A lab at Kettering University is testing the fountains before they’re connected to the schools’ water supply, according to MLive.com.

Testing could extend through December. Flint Community Schools has scheduled a public meeting to provide an update about the fountains in mid-November.

Musk, the genius entrepreneur behind Tesla and SpaceX, donated $480,350 from the Musk Foundation late last year to equip all Flint Community Schools with the fountains.

He made a second donation of a similar amount to purchase Chromebooks for middle school students in Flint.

Flint has spent years recovering from a water supply contaminated by high levels of lead, a neurotoxin that’s particularly dangerous to children.

In October 2018, Flint schools thanked Musk for the major donation in a tweet: “Thank you @elonmusk and @MuskFoundation for investing in the health/future well-being FCS Students! Your generous donation will help us replace ALL water fountains w/NEW WATER STATIONS & WATER FILTRATION at ALL SCHOOLS! Looking forward to our burgeoning partnership! More to come!”

In keeping with the automotive manufacturing industry trend toward building SUVs and other large vehicles to meet consumer demand, Toyota plans to debut the GranAce, a large family-sized wagon, at the 2019 Tokyo Motor Show (beginning Oct. 24).

At about 17.4-feet long, the luxury GranAce will be able to accommodate six to eight passengers, depending on the configuration of the seating rows.

It will be equipped with a 2.8-liter clean diesel engine and come standard with Toyota Safety Sense, which “features improved sensing functions that make use of the pre-collision safety system that detects pedestrians during the day and at night, as well as cyclists during the day.”

As for the name, according to Toyota, “The model’s name is taken from the word ‘gran,’ which means big or great in Spanish, and ‘ace,’ which means top or excellent person in English.”

Interestingly, this the GranAce isn’t the only Toyota high-capacity vehicle making headlines.

A fleet of 100 hydrogen fuel cell buses — a model known as the Sora — will transport visitors during the 2022 Beijing Winter Olympics.

Toyota is hoping the association with the Olympic Games will help spread greater acceptance of hydrogen fuel cell technology, a still-emerging alternative to electric and fossil fuel-powered vehicles.

The Cincinnati Business Courier this week highlighted a hiring diversity plan by P&G that added four managers with autism to the company’s workforce.

The managers will focus on digital solutions and will be based at the company’s global headquarters in Cincinnati.

“P&G began a neurodiversity program to ensure we can fully tap into the broadest set of talent available, benefiting from the unique ideas and capabilities of a diverse group,” said Laura Becker, P&G’s president for Global Business Services.  “I want P&G to be a place where neurodiversity is a win for the business, the organization and the individuals.”

The Courier notes that a high percentage of people on the autism spectrum are unemployed, but it doesn’t have to be that way if more companies incorporate hiring practices that take neurodiversity into account. P&G has followed through on similar efforts at offices in the United Kingdom, Boston and Costa Rica.

For more about how many companies have embraced neurodiversity strategies, check out Harvard Business Reviews’s “Neurodiversity as a Competitive Advantage.”