It feels like we were just unpacking boxes in our new office, or catching the ferry for PIB 2015.

Soon we’ll have to get used to writing “2016” everywhere — or if you’re like some people, crossing out the previous year and scrawling in the correct one for the first few months.

Either way, it’s the time of year when we take a moment to pause and reflect on 2015.

So before we turn the page to 2016, here’s a recap of just some of the most important things that happened this past year.
[/ut_one_half] [ut_one_half_last][ut_showcase id=”5905″]Check out our photo gallery featuring moments from 2015[/ut_one_half_last]

Quite possibly one of the biggest changes in 2015, or at least the most palpable, was our move to Warrendale, PA.

Back in July, we relocated our Pittsburgh headquarters to a state-of-the-art, Class-G green-certified office building about 18 miles north of the city.

Our consistent growth as a company led to the need for a bigger space—complete with conference rooms, a center of excellence, and a brainstorming area that’s home to the office foosball table.

The 223-acre Innovation Ridge Advanced Technology and Office Park also has some great views of a wooded area full of Western PA wildlife. In fact, it’s not extremely uncommon to pass a pack of turkeys or a couple of deer on the way to work in the morning.

Of course, this move meant leaving Sewickley—the walkable, suburban community we’ve been a part of since 1991. Whether you worked in the 2,000-square-foot house on Thorn Street or in the office space just across the street, Gray Matter employees loved to walk to the local Starbucks or grab a quick lunch at the Sharp Edge. The truth is, we had a great time in Sewickley, but it was time to begin our next chapter.

The move to the Warrendale office marks the first time in the company’s recent history that Gray Matter’s corporate staff is housed in the same space. This is perhaps the biggest benefit we have seen so far as a result of the move.

Evidence of this can be seen as we gathered into the center for Office Thanksgiving for the first time—taking a beloved tradition and celebrating it in our new home.

As Gray Matter Systems President and CEO James Gillespie said, the move “signifies an important next step in the progression of Gray Matter’s story.”

“The expansion was a big step for Gray Matter Systems,” Gillespie said in a July press release at the time of the move. “We’ve expanded our operations significantly in the United States and Canada in the past decade, but Pittsburgh has been our home since 1991.”

Sewickley was an important part of our history, but we’re excited to see where the next chapter leads.

Of course, a new headquarters means new additions to the Gray Matter team.

We welcomed Alan Hinchman and Coleman Easterly, two veteran automation professionals with a combined 50 years of experience, as each heads up the water/wastewater and manufacturing execution (MES) divisions, respectively.

Hinchman and Easterly previously held executive leadership roles at GE, managing global strategic sales and marketing initiatives for the company’s Intelligent Platforms division. As thought leaders in their respective industry, both have authored dozens of white papers and case studies, published articles in industry magazines, and are frequent speakers at local, regional, and national conferences around the country.

And we’re not done. See who we are on our new and improved careers and core values pages on our website. At the end of 2015, we worked hard to better illustrate who we are, what we do, and the values we uphold.

For over 20 years, we’ve had the benefit of seeing so many different sides to our biggest event of the year, the annual user group meeting at Put-in-Bay, OH.

There’s the hard work the entire Gray Matter Systems team puts into preparation, which actually starts the week after the event ends for the next year. The type of hard work that brings the team together as it gets closer to August, closer to the event.

Gray Matter Systems Director of HR and Operations Mandy Urey wrote a lot about her experiences on the island. She’s no stranger to Gray Matter’s annual meeting – she joined the team in 2011 – and wrote that her favorite part of the event is the relationships our attendees form when they get together.

“I see people from different backgrounds catch the early ferry in a rush to get to the island and back in touch with the people they met last year,” Mandy said. “I see an operator from a Houston-based steel company walking through the tabletop trade show, talking excitedly about a new solution with the guy he met last year that works in a water plant just east of Cincinnati. In any other situation, these two people probably would pass each other on the street without thinking twice about each other’s situation but here at our event, they find common ground.”

Even with numerous industries and varied skill levels, it’s amazing how these professionals with such different backgrounds connect and interact with great enthusiasm.

These one-of-kind interactions may be some of Mandy’s favorite memories from PIB, but there’s even more value to be had.

We kick off PIB at the trade show where many of our vendors set up booths and demos to showcase new products and solutions that would be the most beneficial for the attendees. And sure, there are other trade shows and conferences people can attend, but what makes ours unique is the ability to talk to the people that are literally behind the products.

Then there’s the keynote address. This year, our Vice President, Carson Drake and Jeremiah Stone, GE Intelligent Platforms General Manager of Industrial Data Intelligence, gave us a glimpse into the future of automation and technology.

Of course, it’s not PIB without our many breakout sessions—from best practices to better alarm management with our own senior engineer, Bill Weed, to JMC Steel Group’s story of plant floor to SAP integration. It’s important to us to share success stories while learning from our peers.

And these peers hailed from places as far as Alberta, Dallas, TX and Orlando, FL or as close as Cincinnati, OH. There were old friends and brand-new faces alike—all with a great story to share.

We’re already looking forward to next year, and we hope you are too. Mark your calendars and tune your guitars – we’re heading back to the island August 9-11, 2016 for PIB 2016.

We Did Some Cool Things, Went Cool Places, and Met Some Interesting People Along the Way

This October, our CEO and president, James Gillespie, and vice president, Carson Drake traveled to San Francisco to attend GE’s fourth annual Minds + Machines event. It was host to about 1,000 developers, thought leaders, partners, media, and specifically focused on the state of the Industrial Internet.

In addition, GE Intelligent Platforms VP and GM Jim Walsh sat down with Jim Fortner, VP of global business services for Procter & Gamble to talk revolutionizing 21st century infrastructure—specifically, how the Industrial Internet is transforming the manufacturing space. You can watch the entire discussion here.

In May, Gray Matter’s Mike Manzi and Dan Misener traveled to Livingston, Scotland to work with some key customers. While there Mike and Dan did some sight-seeing.

While on their tour, they encountered the massive statue of 18th-century Scottish philosopher David Hume. Time had tarnished nearly all of the statue a dull green with the exception of Hume’s big toe, which shines brightly as if it had been polished diligently with every passing day.

“[It’s] because Hume’s admirers, proud of their skepticism, come from around the world to pay tribute and—get this—rub his toe for luck,” Mike explained. “Luck which, according to their own philosophy, doesn’t exist.”

Gray Matter Systems VP Kemell Kassim did a bit of international traveling as well this year. Most notably, Kemell traveled to the GE Digital Energy Software Summit in Frankfurt, Germany this June.

While there, Kemell signed a formal partnership with Realworld Systems.

It was one partnership among many we made in 2015, which includes GE Oil and Gas (Bently Nevada), GE Grid Solutions (formerly GE Digital Energy), BitStew, and Predixion.

We also attended plenty of trade shows and conferences this year. From the industries of water/wastewater to oil and gas, Gray Matter Systems was represented in Florida, Ohio, Texas, and provinces of Canada.

Our director of professional services, John Benitz, had the exciting opportunity of contributing in the development of the ANSI/ISA-101.01-2015 standard, Human Machine Interfaces for Process Automation Systems.

The standard serves as an exhaustive set of guidelines created to help organizations design, build, and operate effective HMIs. According to the authors, the primary purpose of the standard (and its accompanying technical reports) is to “help users understand the basic concepts” of an HMI and “more readily accept the style of human-machine interface that the standard recommends.” 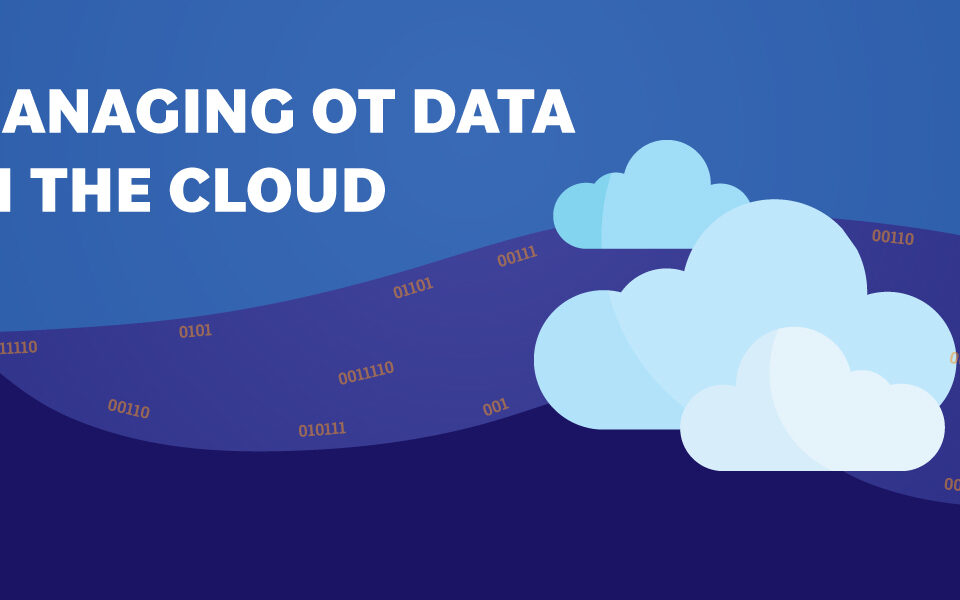